CIC News / 2020 / January / Expert advice to Canadian employers: Five tips to hire a foreign worker when a Canadian is not available A Labour Market Impact Assessment (LMIA) and a temporary work permit must be obtained before a foreign national can begin working for a Canadian employer under the Temporary Foreign Worker Program (TFWP).

The TFWP allows Canadian employers to address genuine labour shortages that have been corroborated by the federal government.

LMIAs confirm that an employer has taken the required steps to recruit a Canadian worker for the position they are seeking to fill and that there will be a positive or neutral impact on the Canadian labour market if the employer hires the foreign worker. Once an employer gets the LMIA, the worker can apply for a work permit. To apply for a work permit, a worker needs a job offer letter, a contract, a copy of the LMIA, and the LMIA number.

The number of assessments has been on the rise since 2015 when 89,000 temporary foreign workers were approved for an LMIA. By 2018, this number had risen to 108,000, according to Canadian government data. Preliminary data suggests the figures continued to rise in 2019 with 89,000 LMIAs approved in the first three quarters of the year. This is a function of Canada’s labour market being at near full employment. Due in large part to its rapidly ageing population and low birth rate, Canada’s unemployment rate has been historically low in recent years and currently stands at 5.8 per cent.

If you are a Canadian employer considering applying for an LMIA, here are five tips to increase the likelihood that your application will be approved by the federal government.

Tips for a successful LMIA

The first step is to identify and select the National Occupational Classification (NOC) code that accurately reflects the role to be filled by the foreign national. The NOC is Canada’s national system to describe jobs based on their main duties and requirements such as the level of education typically needed for each job.

In order for the federal government to properly assess the impact of hiring a foreign worker in a given occupation, that occupation must be clearly and correctly defined to ensure that there is a neutral or positive impact on the Canadian labour market. If they find a discrepancy between the chosen NOC code and the duties and responsibilities to be performed by the foreign worker, the application may be refused, as misidentification of the NOC code has implications at all stages of the application.

2. Allocate the correct salary according to the NOC code

When hiring a foreign worker, it is important that the salary offered by the Canadian employer matches the remuneration received by Canadian workers in the same occupation. The salary proposed in the LMIA application must be equal to, or greater than, the median salary of the NOC in the geographic area of Canada where the job is located.

The federal government is very strict about this salary requirement, so if it is not met, the application will not be approved.

3. Identify the correct stream through which to apply

While the objective of all LMIAs is to determine the impact of hiring a foreign worker on the Canadian labour market, not all LMIAs are the same.

There are different types of LMIAs that can be pursued and the best one in any given situation depends on factors such as:

Incorrect identification of the stream could result in longer processing times and an increased likelihood that the LMIA will be refused.

Since the objective of the LMIA application is to demonstrate that there were no Canadians available to do the job, attempts to recruit Canadians must be well documented and authentic.

While most ads must be posted for only 28 consecutive days, at least one of the ads must remain active until the LMIA is approved.

5. Verify that all forms and documents are complete before submitting

The fifth and final tip is to double-check your application before submitting it to the federal government.

An LMIA is a complex and demanding application that involves the submission of many documents and the completion of many government forms. Seemingly insignificant errors can jeopardize or at least prolong the processing of the application.

Since the objective of the LMIA is to protect Canadian workers from foreign nationals encroaching on their jobs, these applications are scrutinized very closely and may be refused if they do not comply with the requirements set out by the federal government.

Given how exhaustive the LMIA process can be, it is highly recommended that Canadian employers seek professional guidance to help them successfully and efficiently navigate the process.

To request more information about work permits, please fill out this form 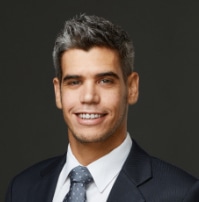 Stephen Sherman is a Canadian immigration attorney with the Campbell, Cohen Immigration Law Firm in Montreal. He specializes in assisting foreign nationals to work legally in Canada and resolving issues relating to criminal inadmissibility to Canada.

Next Article: First francophone university in Ontario set to start classes fall 2021
Previous Article: How Canadian schools are responding to the growing numbers of international students