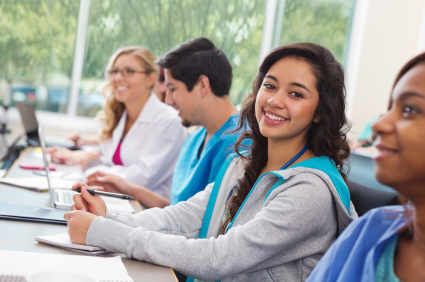 New figures show a significant increase in the number of international students enrolling in Canadian universities for the 2017/2018 academic year. Many stakeholders have attributed this increase to the growing perception of Canada as a stable and welcoming study destination in the wake of various political events worldwide. In recent months, increasing numbers of international students are choosing to study in Canada, and immigrate after graduation. Canada is a top-ten study destination worldwide, in terms of hosting international students. Between 2008 and 2016, the number of study permits that become effective each year more than doubled. In 2008, a total of 128,411 study permits became effective – in 2016, this figure was 267,780.

Almost half of these students study in Ontario, with British Columbia and Quebec following behind as popular study destinations.

Many news sites have reported a recent surge in interest in Canada as an immigration destination, often attributed to the election of Donald Trump as President of the United States, and this interest extended to Canada as a study destination.

At the University of Toronto, more than double the number of American students accepted their admission offers for 2017, compared with 2016. Brock University saw an increase of 30 percent in applications from international students, and in the early stages of the admissions cycle, there has also been an increase of 36 percent in the number of international students accepting their admission offer. The latest data for 2017 from the University of Alberta International shows that applications to graduate programs from foreign nationals rose 82 percent overall, with significant increases in the numbers of Americans (+60 percent), Indians (+152 percent) and Iranians (+196 percent) applying. At the undergraduate level, overall international applications were up 27 percent, compared to a growth rate of 11 percent at this time in 2016.

“We welcome a growing interest in studying in Canada and expect this development to be more than a one year anomaly – we expect to see strong numbers also in the coming years,” stated Julia Jones-Bourque, Marketing & Communications Manager at the University of Alberta.

Chris Mota, university spokesperson for Concordia University, said, “we’ve been fortunate in that we’ve seen steady increases over the years, so our enrolment has never been an issue. But this year it’s going to be higher.” Concordia University, based in downtown Montreal, has seen increases of up to 325 percent in the number of undergraduate applications received from certain countries — including Mexico (+325 percent), Iran (+317 percent), and India (+233 percent).

“These are countries [whose students] may have considered other parts of the world but now are thinking you know what, maybe I’ll give Canada a try,” Mota noted.

“Canada provides a level of stability and comfort, we’re ranked well, we’re a safe country, by and large, so it’s moved its way up as a destination of choice.”

International graduates of Canadian institutions may obtain a Post-Graduate Work Permit (PGWP) after their studies, allowing them to work anywhere in Canada, for any employer, for up to three years. The PGWP program was created in order to attract international students to Canada, and few countries with equivalent education systems offer such open and advantageous work opportunities to international graduates.

Work experience gained on a PGWP can contribute towards an international graduate’s eligibility for permanent immigration programs, and can provide a way to remain in Canada and work while an application for permanent residence is in process.

The success of Canada’s immigration system with regards to enabling international students to remain after graduation is clear — more than 30,000 former study permit holders became permanent residents in 2016. Of these, the majority (more than 75 percent) entered as economic immigrants, meaning they were not sponsored by a family member, spouse, or common-law partner, and did not enter through refugee/humanitarian programs.

Over the first three months following the changes, 46 percent of ITAs were issued to international graduates, compared to an average of 31 percent before the changes.

International students and post-graduate workers in Canada can join the CanadaVisa Study Hub for a chance to win a $2,500 scholarship. Members also get access to exclusive notifications, tools and resources to help maximize their time in Canada and pursue a pathway to permanent residence.

If you want to discover your options for studying in Canada, or staying in Canada after graduation, complete the free CanadaVisa Study Pathway Assessment Form today.

How to submit your Parents and Grandparents Program (PGP) 2021 immigration application IRCC's guide outlines what steps you need to take if you are among the 30,000 sponsors invited to submit a permanent residence application.

IELTS myths answered, don’t believe everything you hear Taking your IELTS test is an important part of your journey whether it is to get into university or college, a job or to immigrate to Canada. Don’t let the incorrect information scare you and cause panic before test day.

Planning a winter vacation in Canada? What to do with a past criminal record Canada is an ideal winter travel destination. Here’s how to ensure you can enter without issues at the border.

Nova Scotia jobs in-demand because of COVID-19 The pandemic has caused some jobs to be more in-demand than others in Nova Scotia.