Surge in Interest in Canadian Immigration After Trump Victory 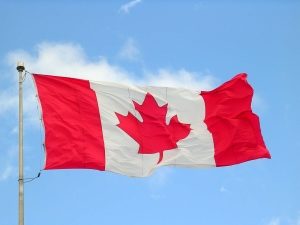 It’s official — Donald Trump will be the 45th President of the United States. After a remarkable evening during which the business mogul turned reality TV star picked up wins in a string of key swing states, President-elect Trump and his followers were clearly ecstatic. Others, however, are now planning their get-out-of-Trumpland card, and Canada stands to benefit.

It’s a classic motif of U.S. elections, that ‘if candidate X wins, I’m moving to Canada!’ Of course, most people who have uttered these words over the years have not followed through on their words.

This time might be different though. Trump is seen as something new and, for many, he also represents something sinister. Many of his comments before and during the election campaign have been perceived as either racist, sexist or misogynistic. Moreover, his anti-trade, anti-immigration policy positions — which, with significant Republican gains in the House and the Senate also likely, now have a real chance of being put into operation — have led a range of U.S. residents to look abroad.

How to move to Canada from the U.S.

For temporary work, your chances of obtaining a work permit increase dramatically with a job offer from a Canadian employer. Individuals who are interested in working in Canada can use the Canada Job Search Tool to look for open positions in all fields across the country.

There may be other temporary work options through the International Mobility Program and the NAFTA, through which investors and professionals could begin working in Canada within days. Work permits in the NAFTA Investor category may also be granted to employees of the primary Investor who can be considered essential staff.

In addition, U.S.-based workers working with companies that have a Canadian office or affiliate may be able to obtain an Intra-Company Transfer.

For individuals thinking of further education, Canada represents a wonderful opportunity. Not only are there quality universities and colleges across the country and relatively low tuition costs compared with U.S. institutions, but education is also one of the clearest pathways to Canadian permanent residence.

If permanent immigration is the ultimate goal, unless you have a Canadian spouse or common-law partner the economic immigration programs will be the route. Unlike the United States, Canada has a highly decentralized immigration system, with numerous programs at the federal and provincial levels. Canada’s much-publicized points-based system is centred on the the Express Entry system, through which skilled workers, tradespersons, and individuals with work experience in Canada may be invited to apply for permanent residence.

The Provincial Nominee Programs (PNPs) aim to attract newcomers with certain skill sets. In some cases, PNP categories have specific occupations-in-demand lists, which may help U.S.-based workers decide which province(s) they should settle in.

A major moment, a big opportunity

“Believe it or not, but many U.S.-based workers could start work here in Canada next Monday if they put their minds to it. There are more options than you may think, such as NAFTA, and getting a good grasp on all of these opportunities,” says Attorney David Cohen.

“As for those who are looking to the longer-term, having your Canadian immigration options assessed and identifying a pathway are the first steps.

“Canada has an outward-looking government, safe cities, job opportunities, social mobility, and a strong education system. After this election, I believe that progressive-minded people in the U.S. might be more interested than ever in continuing their lives and careers north of the border.”

To learn more about moving to Canada from the U.S. through one of the programs mentioned in this article, click here.