Canada Deserves an ‘A’ for Immigration Innovation

By Kareem El-Assal, Research Associate, Education & Immigration
The Conference Board of Canada

They say that necessity is the mother of invention, and that adage holds true when looking at Canada’s approach to immigration. While Canada is not always known for being innovative, it has identified creative approaches to recruit newcomers and facilitate their integration into society for 150 years. Canada’s immigration system has certainly come a long way since Confederation, but the country will need to find new innovations to respond to the country’s current immigration necessities.

A history of innovation

In 1867, Canada had a population of just 3.5 million people. It desperately needed immigrants to grow its economy, secure its borders, and build a nation. In the decades following Confederation, Canada achieved some measure of success in populating its vast terrain—accomplished in large part due to the completion of a transcontinental railway that provided immigrants with access to farmland in the Prairies, and an aggressive recruitment campaign that attracted immigrants from the US and Europe.

Perhaps the most innovative period for Canada’s immigration system has occurred over the past 50 years, with necessity once again being the impetus. As part of its efforts to increase its accessibility to more immigrants, Canada launched the world’s first points criteria system in 1967, which helped to evaluate the immigrants that would best align with Canada’s needs and identify those that would integrate most easily into the Canadian economy. Canada was not only ahead of its time then, but remains ahead of its time today. Only a few countries currently operate points systems.

In response to humanitarian crises abroad, Canada wanted to provide its citizens with a greater opportunity to help those in need. In 1978, it launched the world’s first Private Sponsorship of Refugees Program, which immediately played a major role in Canada’s resettlement of 60,000 refugees from Vietnam, Cambodia, and Laos in 1979–80. Since then, several countries have adopted this Canadian innovation.

Between 1978 and 1986, Canada launched three pioneering programs to admit immigrant entrepreneurs and investors. These programs sought to increase the flow of talented business persons and investment capital to Canada to stimulate private sector growth and job creation. As a May 2017 Conference Board report will show, dozens of countries today seek the human, social, and financial capital of business immigrants.

In 1998, the Provincial Nominee Program (PNP) became a regular fixture in Canada’s immigration system. It sought to give the provinces and territories the opportunity to address their local economic needs. Nearly 20 years later, it remains extremely rare to find sub-national governments in other countries participating in the selection of immigrants.

While there have been many more examples of innovations in recent decades, perhaps the most notable over the last few years has been Canada’s launch of the Express Entry immigration selection system in 2015, which was modeled after systems first adopted in New Zealand and Australia. Express Entry was born entirely out of necessity. Prior to 2015, skilled immigrants waited 8-10 years in some instances for Canada to process their applications. Express Entry has led to a more dynamic approach to immigrant selection, with the new processing standard being six months or less.

Innovating at 150 and beyond

As it was upon Confederation, immigration remains a matter of necessity for Canada on the eve of its 150th anniversary — but for very different reasons. Canada’s population today is some 36 million people. Under-population is not as big of a challenge as an aging population. In addition, Canada’s low birth rate means that the country will require more immigrants in the future to support its high living standards. Thus, Canada is faced with the task of figuring out how it can increase its capacity to welcome newcomers so that they can continue to make significant contributions to a healthy economy and society.

Innovations are needed to address other pressing immigration issues. Many of Canada’s immigrants continue to struggle to find jobs commensurate with their education and skills. Atlantic Canada lags the rest of the country’s provinces in attracting and retaining immigrants—a major concern given that its death rate exceeds its birth rate. Temporary foreign workers and international students may not have access to the settlement supports they need to effectively integrate in Canada, which may be hindering their odds of qualifying for immigration.

However, as the past 150 years have shown us, Canada is more than capable of identifying innovative solutions to strengthen its immigration system. While the Conference Board gives Canada a ‘C’ for innovation, Canada’s innovative approach to immigration absolutely deserves an ‘A’.

Canadian Immigration Summit 2017: Innovating at 150 and Beyond

On May 9-10, 2017, the Conference Board hosts its 3rd annual Canadian Immigration Summit in Ottawa to discuss innovations that could help build an even stronger immigration system over the next 150 years. Distinguished speakers include ministers Ahmed Hussen, Laura Albanese, Kathleen Weil, Lena Diab, and Donald Arseneault.

Regulated immigration consultants are eligible to earn 13 CPD hours by attending the Summit.

CanadaVisa.com is a proud sponsor of the 3rd annual Canadian Immigration Summit. 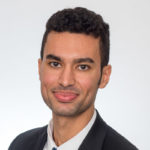 Kareem El-Assal is a Research Associate for Education and Immigration for the Conference Board of Canada.

Having previously worked for Immigration, Refugees and Citizenship Canada, and the Immigration and Refugee Board of Canada, Kareem leads research for the Conference Board’s National Immigration Centre. He also researches for the Conference Board’s Centre for Skills and Post-Secondary Education. Kareem has researched for the Canadian Arab Institute, the NATO Association of Canada, the Women Human Rights Defenders International Coalition, and the International Service for Human Rights in Switzerland.

Municipal Nominee Program: IRCC memo reveals stakeholder consultation findings Nearly 80 per cent of respondents said labour shortages should be the main determinant of selecting which municipalities can participate in the MNP.

Canadian Immigration Options for Lebanese Skilled Workers Here is an overview of the main ways Lebanese nationals can pursue immigration to Canada.

Manitoba invites 459 PNP candidates The new draw brings the total number of invitations issued by Manitoba to 9,150 in 2021.