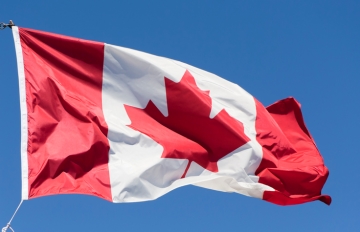 The latest Express Entry draw for immigration to Canada has taken place, bringing with it the joint-lowest Comprehensive Ranking System (CRS) cut-off threshold of all time. A total of 3,687 candidates in the Express Entry pool — each of whom had at least 415 CRS points — received an Invitation to Apply (ITA) for permanent residence on May 17, 2017.

The size of the draw, and the corresponding CRS cut-off threshold, are broadly in line with the latest trends in Express Entry. Since the closing months of last year and into 2017, draw sizes have increased manifold, and the CRS threshold has decreased from 468 (January 4) to the most recent level of 415. The last occasion in which the threshold reached 415 was last month, on April 19. In the intervening period, another draw with a threshold of 423 took place on May 4. Invited candidates are now in a position to submit an application for permanent residence, and Immigration, Refugees and Citizenship Canada (IRCC) aims to process applications within six months — a target that has been met in the vast majority of cases. Therefore, many of the individuals invited this week, plus their accompanying families, could be living in Canada before the end of 2017. For others, the big move may take place next year, as IRCC gives a window of 12 months for successful applicants to complete their landing in Canada.

With these fluctuating CRS cut-off thresholds, it is helpful to review how candidates from different backgrounds have received their ITA. The following scenarios are hypothetical, but they reflect the make-up of the Express Entry pool.

Eloise is 33 years old and working as an accountant. She has a Bachelor’s degree, three years of full-time work experience, and scored an 8 in each category on her IELTS test. While she has never been to Canada, her CRS score of 416 would be high enough to receive an ITA on May 17.

Rachel is 29 years old, has a Bachelor’s degree, an initial advanced English proficiency, and has been working as a graphic designer for three years. She is married, and neither she nor her spouse have worked or studied in Canada. Her spouse is 27, has a Bachelor’s degree, and a slightly lower (initial intermediate) English proficiency than Rachel. Their CRS score of 415 would have been sufficient to receive an ITA in the latest draw.

Emma is currently working as a research analyst in Toronto, Canada on a post-graduation work permit that she obtained after graduating with a Bachelor’s degree from an institution in Ontario just over a year ago. Emma is 30 years old, has an adequate intermediate English proficiency, and obtained two years of skilled work experience before coming to study in Canada. Her CRS score of 415 was sufficient to receive an ITA this time around.

Esmerelda has a Master’s degree, is 40 years old and has been working as a professor outside Canada for five years. She wrote the IELTS and obtained an 8 in each category. Her CRS of 418 allowed her to receive an ITA.

Express Entry is now the main driver of economic immigration to Canada. At a recent immigration summit held in Ottawa, a Senior Policy Analyst at IRCC mentioned that there were just a few cases remaining in the backlog of files submitted before Express Entry was launched in January, 2015. As such, the department has been able to increase draw sizes over recent months in order to meet the annual target intake level. While there may be another draw, or draws, over the next few weeks, candidates should be cognizant of changes to the CRS that will come into force on June 6. For the first time, candidates with a sibling in Canada may obtain additional points, as will candidates with proven French ability. In addition, IRCC will make registration in the Job Bank voluntary.

These changes will tweak the make-up of the pool to some extent, but the changes are not expected to be as significant in that regard as the improvements that were brought in last November. Those improvements saw a change in the number of points awarded for a qualifying job offer, from 600 points to either 50 or 200 points, depending on the position offered. In addition, candidates with a Canadian post-secondary education credential got a boost in their points total.

Since the aforementioned changes came into effect, a provincial nomination is the only way in which a candidate may obtain an additional 600 CRS points, effectively guaranteeing an ITA at a subsequent draw.

Over recent weeks, the provinces of Saskatchewan, Nova Scotia, Ontario, and British Columbia (BC) have each been active with their respective Express Entry-aligned Provincial Nominee Program (PNP) streams. Each of these provinces, as well as other provinces, have unique ways of interacting with candidates in the Express Entry pool.

Saskatchewan, for example, has a first-come, first-served Express Entry category, as does Nova Scotia. Ontario, on the other hand, has a passive Express Entry stream whereby candidates may only apply after being invited by the province. BC also has an invitation to apply system, but in this case candidates must also register in that province’s own immigration management system before being invited to apply.

Where will the CRS cut-off threshold go?

“It’s the question on everyone’s lips, isn’t it? Where the cut-off threshold may go is anyone’s guess, but we have two factors to guide us. First, retrospectively we can see a surge in the number of invitations issued, which has brought with it a decrease in the threshold. Second, we have on-the-record comments from IRCC policy analysts stating that Express Entry is now — and will remain — the main driver of economic immigration to Canada. That bodes will for the potential of the threshold to go down even further, but the system remains unpredictable to some degree,” says Attorney David Cohen.

“In any event, individuals and families who really want to come to Canada should take the first step and enter the pool. Only then may they pursue Provincial Nominee Programs and take other steps to increase their scores, which may then lead to the all-important Invitation to Apply for permanent residence.”