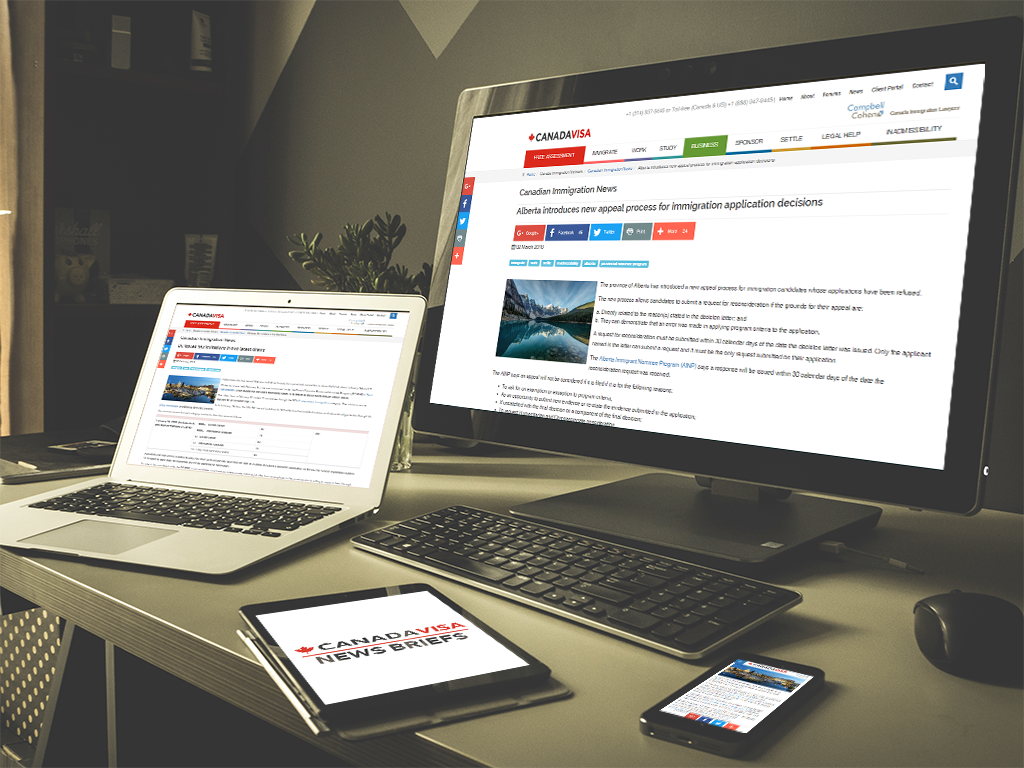 The CanadaVisa News Briefs bring you Canadian immigration updates that took place in the past weeks.

The Government of Ontario has issued 18 invitations to apply to candidates in its Entrepreneur Stream in a draw held October 23. >>Read more

British Columbia has invited 472 Express Entry and Skills Immigration candidates to apply for a provincial nomination in a new invitation round held October 17. >>Read more

The New Brunswick Provincial Nominee Program has brought a temporary halt to Expressions of Interest for its Entrepreneurial Stream. >>Read more

Manitoba has issued 354 invitations to apply for a provincial nomination to candidates in its Skilled Worker in Manitoba and Skilled Workers Overseas streams. >>Read more

Quebec Experience Program applications can now be submitted online Paper applications will no longer be accepted as of January 26.