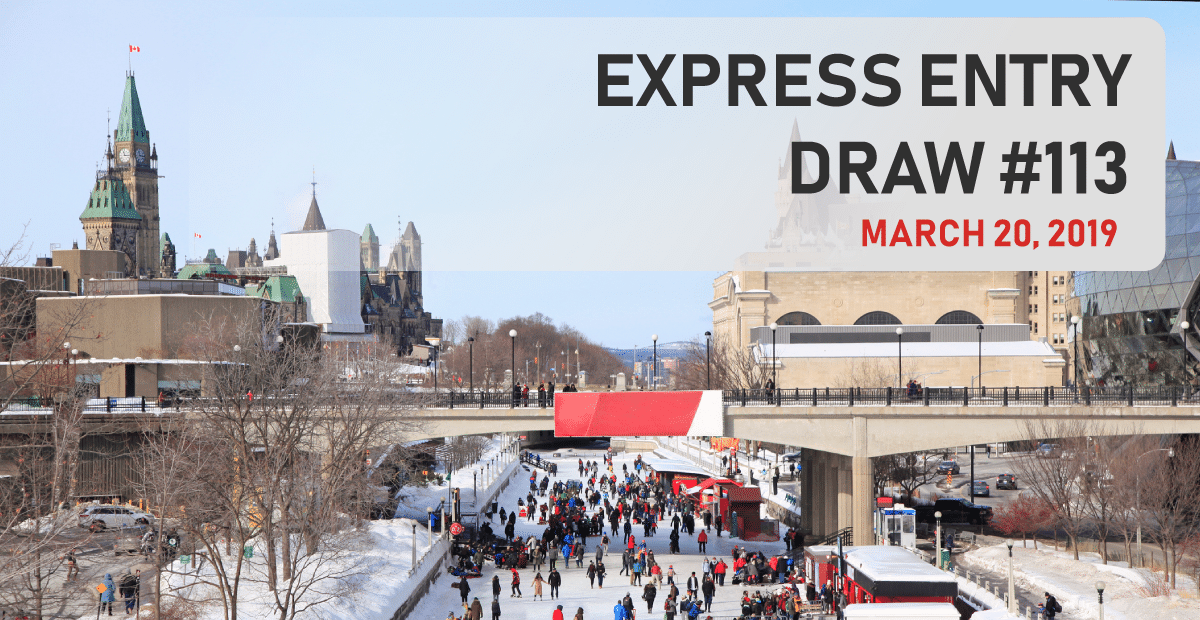 The Government of Canada issued 3,350 invitations to apply for Canadian permanent residence to Express Entry candidates in a draw held March 20.

The cut-off Comprehensive Ranking System (CRS) score in today’s draw was 452, a reduction of two points over the minimum score in the previous Express Entry draw held March 6.

Immigration, Refugees and Citizenship Canada (IRCC) has now issued a total of 21,200 Invitations to Apply (ITAs) in 2019 through the Express Entry system. Candidates who meet the eligibility requirements for these categories are entered into the Express Entry pool and issued a ranking score based on factors such as their age, education, work experience and proficiency in English or French.

IRCC then invites a set number of the highest-scoring candidates to apply for Canadian permanent residence through regular draws from the pool.

The tie-break in the March 20 draw was set at February 7, 2019, at 9:59:25 UTC. This means that all candidates with a CRS score of 452 or above who entered their profile in the Express Entry pool before the selected date and time received an ITA in this invitation round.

The cut-off CRS score has now dropped twice over the last two invitation rounds, which may have resulted from the fact IRCC only allowed two weeks to elapse between draws in both instances. Larger draw sizes can also have an impact on the cut-off CRS score. Given IRCC’s higher admissions targets for 2019 and 2020, it is possible that we will see bigger draws in the second quarter of the year.

The second quarters of both 2017 and 2018 saw draw sizes increase and the CRS cut-off drop as a result.

The following are hypothetical examples of candidates who would have obtained an ITA in the March 20 draw:

Wanda is 32 and holds a bachelor’s degree and a one year certificate. She has been working as an accountant for the past five years and has never worked or studied in Canada. She has an advanced English proficiency in listening and speaking and an initial advanced proficiency in reading and writing. Wanda’s CRS score of 452 would have been sufficient to obtain an ITA in the March 20 draw.

Mark is 33 and holds two bachelor’s degrees. He has been working for three years as a business consultant and has an advanced English proficiency. He has never worked or studied in Canada. His CRS of 452 would have been sufficient to obtain an ITA in today’s draw.

Naima is 29 and has a bachelor’s degree. She has been working for three years as an administrative assistant. She has never worked or studied in Canada. Naima took the IELTS and scored 8 in all categories. Naima has a sister in Canada who is a permanent resident living in Toronto. Her CRS score of 453 would have been sufficient to obtain an ITA in today’s draw.

James and Lou are married. James is 35 and his partner Lou is 32. James holds a master’s degree and Lou has a bachelor’s degree. Neither has worked or studied in Canada. James has been working for three years as a manager. They took the CELPIP exam and scored 10 in all categories. James applied as the principal applicant and his CRS of 452 would have been sufficient to obtain an ITA in the March 20 draw.

“This is the second draw in a row that has seen the cut-off score drop and that’s always a welcome development,” said David Cohen, senior partner at the Campbell, Cohen Canadian immigration law firm in Montreal, Canada. “If the second quarter of 2019 brings larger draw sizes and IRCC keeps a pace of draws every two weeks or so, we could see the cut-off score continue to fall.”