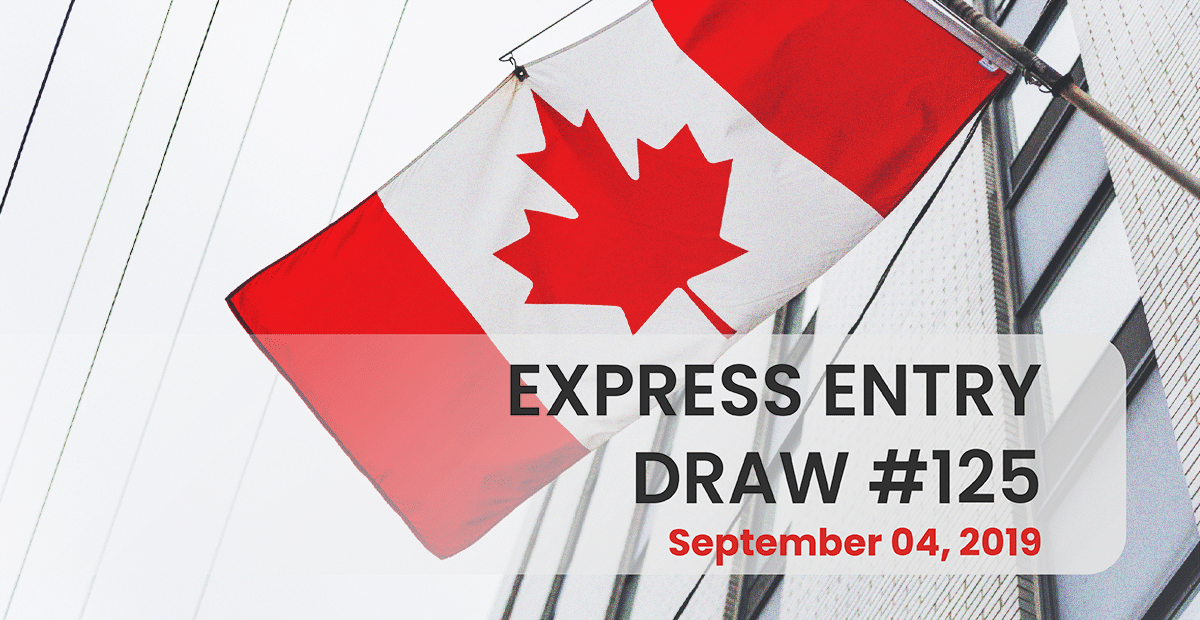 Invitations to apply for Canadian permanent residence have been issued to 3,600 Express Entry candidates in a new draw held by the Government of Canada on September 4.

The minimum Comprehensive Ranking System (CRS) score in today’s invitation round was 463, an increase of six points over the previous draw on August 20.

Eligible candidates are entered into the Express Entry pool and are ranked based on a CRS score that considers factors such as age, education, skilled work experience and proficiency in English or French.

A set number of the highest-ranked candidates are issued an invitation to apply for Canadian permanent residence (ITA) through regular draws from the Express Entry pool.

In 2018, Immigration, Refugees and Citizenship Canada (IRCC) issued a record 89,800 ITAs, a number that it could surpass this year given Canada’s higher admissions targets for both 2019 and 2020 under the three Federal High Skilled immigration programs. Fluctuation in the minimum CRS scores drawn this year may be partly attributed to the time between draws, which has deviated on a number of occasions from IRCC’s usual pace of a draw every two weeks.

More time between draws allows the pool to replenish with higher-scoring candidates, which can have the effect of raising the minimum CRS score.

Less time between draws means fewer candidates have time to enter a profile, which can help to lower the cut-off score.

This was the case with the August 20 draw, which took place only eight days after the previous draw on August 12 and saw the minimum CRS score decrease by nine points, from 466 to 457.

Today’s draw comes 15 days after the August 20 draw and resulted in an increase of six points. The tie break applied in the September 4 draw was August 23, 2019, at 13:33:34 UTC. This means that all candidates with CRS scores above 463, as well as those with scores of 463 who entered their profile in the Express Entry pool before this date and time, received an ITA.

Express Entry candidates with scores below today’s CRS cut-off have a variety of potential options for increasing their points total, the most valuable of which is a provincial nomination.

A provincial nomination results in an additional 600 CRS points and effectively guarantees an invitation to apply for Canadian permanent residence.

Since the previous draw on August 20, several of Canada’s Express Entry-aligned provincial nomination streams have issued invitations, including streams in Alberta, Nova Scotia and British Columbia.

Canada’s various provincial nomination streams have held an estimated 170 draws since the start of 2019 — ten times more than the 17 Express Entry invitation rounds held this year.

The following are hypothetical examples of Express Entry candidates who would have obtained an ITA in the September 4 draw:

Ajay is 32, holds a master’s degree and has an advanced English language proficiency. He has been working as a database architect for three years. While Ajay has never worked or studied in Canada, his CRS score of 465 would have been sufficient to obtain an ITA during the September 4 Express Entry draw.

“IRCC has now held three draws in less than a month and we’ve seen a lot of activity with Express Entry-linked PNPs during this same period,” said David Cohen, senior partner with the Campbell, Cohen Canadian immigration law firm.

“With the number of ITAs issued this year still ahead of last year’s record pace, we should be in for an exciting fall.”