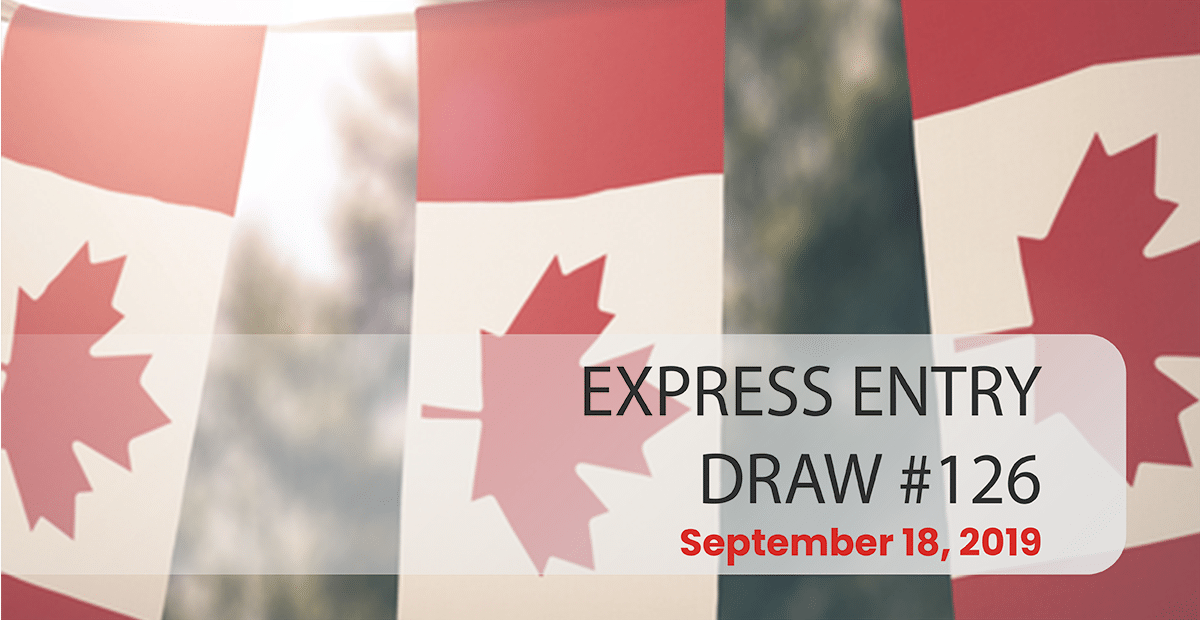 The minimum required Comprehensive Ranking System (CRS) score in today’s draw was 462. This is one point lower than the previous draw, which was held September 4 and had a cut-off score of 463.

Eligible candidates are ranked in the pool according to their CRS score, which is based on factors such as age, education, skilled work experience and proficiency in English or French, among other factors.

A set number of the highest-ranked candidates are invited to apply through regular draws from the pool, which are typically held every two weeks.

The September 18 invitation round brings the total number of invitations to apply (ITAs) issued this year to 63,400.

Immigration, Refugees and Citizenship Canada (IRCC) had issued 58,600 ITAs by this same point in 2018 and finished that year with the current ITA record of 89,800. The tie-break used in the September 18 draw was August 29, 2019, at 07:57:13 UTC. This means that all candidates with a score above 462 received an ITA, as did those with a score of 462 whose Express Entry profiles were created before the tie-break date and time.

The fact the minimum score dropped one point may be due to IRCC maintaining a two-week interval between today’s draw and the previous invitation round on September 4.

The time between draws can influence the cut-off CRS score, as this graph shows: Candidates with scores below today’s cut-off who want to improve their ranking have a number of potential options, the most valuable being a provincial nomination through an enhanced nomination stream.

A provincial nomination through one of these Express Entry-aligned streams results in an additional 600 CRS points and effectively guarantees an ITA in a subsequent Express Entry draw.

Several of these nomination streams do not require a minimum CRS score in order to be eligible, while others have CRS requirements that are well below today’s cut-off score.

The Alberta Express Entry Stream is a leading example of this latter type. In its most recent selection round held August 28, it invited Express Entry candidates with scores as low as 400.

The province of Saskatchewan also has an Express Entry-aligned sub-category that requires work experience in an occupation that’s deemed in-demand, among other criteria, but does not require a job offer in the province or a minimum CRS score.

In a new development Wednesday, the Saskatchewan Immigrant Nominee Program dramatically expanded the list of eligible in-demand occupations, from 19 to hundreds.

Here are two hypothetical examples of Express Entry candidates who would have received an ITA in today’s draw:

Jasmine is 32, hold a master’s degree and has been working as a financial analyst for four years. She wrote her IELTS and scored an 8 in each category. While Jasmine has never worked or studied in Canada, her CRS score of 462 would have been high enough to obtain an ITA during the September 18 Express Entry draw.

Ihsan and Lina are married and are 29 and 32 years old, respectively. They have each been working as advertising consultants for three years. They each wrote the IELTS and scored an 8 in listening and 7 in each of the other three abilities. Ihsan holds two Bachelor’s degrees and Lina holds one. Neither has ever worked or studied in Canada. They entered the Express Entry pool with Ihsan as the principal applicant. Ihsan’s CRS score of 463 would have been high enough to obtain an ITA during the September 18 draw.

“It’s good to see IRCC maintaining a steady interval of two weeks between draws, which is helping bring the cut-off score down little by little,” said David Cohen, senior partner with the Campbell Cohen Canadian immigration law firm in Montreal.