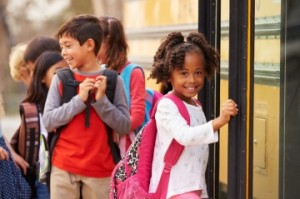 The study, titled Educational and Labour Market Outcomes of Childhood Immigrants by Admission Class, examined the effects of the various admission classes (skilled workers, business immigrants, live-in caregivers, the family class, and refugees) on the university completion rates and earnings of childhood immigrants who arrived in Canada before the age of 18. The study used the 2011 National Household Survey linked with the Immigrant Landing File to analyze children of immigrants, aged 25 to 44, who arrived in Canada between the years 1980 and 2000.

The findings showed that there are large differences in the socioeconomic outcomes of these childhood immigrants based on their parents’ admission class.  According to the data, these differences exist for two major reasons:

In terms of educational attainment, the children of skilled workers and business immigrants were found to have the highest university completion rates, with 49.7% and 58.9%, respectively, graduating university. Children of refugees had the second highest university completion rates, at an average of 29.9%. These findings show that children of skilled workers, business immigrants, and refugees all have higher average levels of educational attainment than third generation Canadians, of which only 24% graduate university.

Both children of live-in caregivers and those in the family class, however, had lower educational attainment levels than children of Canadian-born parents. These childhood immigrants had a university completion rate approximately one-third of the rate for children of business class immigrants.

Following suit, the children of economic immigrants were also found to have the highest earnings, with the children of both skilled workers and business class immigrants earning an average of more than $46,300, slightly higher than the average for non-immigrant children ($46,100).

Interestingly, differences by admission class in the educational outcomes of childhood immigrants were less pronounced for children who arrived in Canada at pre-school-age than for those who arrived during adolescence. This finding demonstrates that early exposure to Canadian society can help to mitigate the potential effects of the immigrant parents’ level of education or English or French language ability on their children.

“The evidence from this study clearly shows that the children of immigrants have great potential to contribute to Canada’s economy. Over the years I have interacted with countless successful immigrants to Canada, and in many cases I have heard words to the effect of ‘I’m not immigrating to Canada just for me, I’m really doing it to give my children a better life and more opportunity.’ It is refreshing to see that the evidence for this is not just anecdotal, the hard facts reveal it to be true,” says Attorney David Cohen.

“With Canada set to welcome more new permanent residents this year than at any other time in its modern history, families from around the world are sensing that now is the time to make preparations for a life-changing decision that can provide younger generations with unparalleled opportunities when it comes to education, career and social life.”