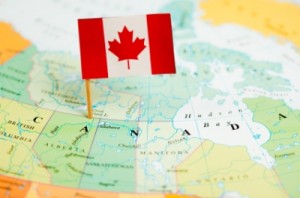 In the first of a summer mini-series on Canada’s Provincial Nominee Programs (PNPs), CICNews.com is looking at immigration to Western Canada, specifically the provinces of British Columbia, Alberta, Saskatchewan and Manitoba. At the time of writing, all four provinces have PNP streams that are open to a range of skilled workers, graduates, entrepreneurs, entry level/semi-skilled workers, health care professionals, tradespersons and farmers.

A comprehensive report on population projections in Canada, put together by the government of Canada in late 2014, highlighted that the future of Canada’s population and economic growth is shifting west, with immigration set to play an increasingly important role in the makeup of Canada over the coming decades. As this occurs, the PNPs are set to have a progressively more influential function in the growth of Western Canada.

Indeed, since that report was published, the four PNPs based out west have become larger, more dynamic, and more streamlined to the needs of candidates, local employers and local communities alike. The advent of the federal government`s Express Entry immigration selection system, which was first launched in January, 2015, was an important moment for the PNPs, as it allowed provinces to create ‘enhanced’ immigration streams that are aligned with the federal selection system, while also allowing the provinces to keep their ‘base’ streams outside that system. This article will review enhanced and base PNP streams. According to the government of Canada, the main source of population growth in British Columbia is, and will continue to be, immigration.

The BC PNP now has a higher overall allocation than any other PNP, with no fewer than 10 sub-categories, some of which are aligned with the federal Express Entry system.

Earlier this year, the BC PNP introduced a new Skills Immigration Registration System (SIRS), which allows the province to invite candidates to apply to the program on a priority basis. Over recent weeks, many hundreds of candidates have received invitations to apply to the BC PNP through this system, with most invited candidates coming as international graduates or skilled workers through enhanced sub-categories. The BC PNP has also invited candidates to apply through its entry level and semi-skilled category, base skilled worker category, and entrepreneur stream.

To learn more about BC PNP categories and eligibility requirements, click here.

To learn more about how many points you may be awarded under the SIRS, use the exclusive SIRS Calculator.

Among all the Canadian provinces, Alberta has the youngest population, with a median age of just 36 years. This is a place where newcomers thrive, with Albertans known for their ‘can-do’ attitude and entrepreneurial spirit.

Earlier this year, the AINP reopened for new applications across three broad streams, two of which contain a range of sub-categories. Note that all AINP categories are base, meaning that they are not aligned with the federal Express Entry system.

The AINP also operates a Self-Employed Farmer stream, allowing individuals with farming experience and personal funds to purchase and develop a farm in Alberta and apply for Canadian permanent residence.

Saskatchewan is home to one of Canada’s most rapidly growing populations, thanks largely to the arrival of immigrants from around the world. Many of these newcomers arrive through the SINP, an immigration program that has recently developed a reputation for opening and closing its streams quickly and without prior notice. Bearing this in mind, candidates who prepare in advance have been more successful at applying to the SINP over the past year than those who have not.

The most popular SINP categories come under the International Skilled Worker category. This includes the SINP’s Express Entry-aligned option, which enables the province to nominate individuals who are already in the federal Express Entry pool and have skilled work experience in an in-demand occupation in Saskatchewan. The sub-category has opened and closed six times over the past 12 months, most recently last month when it opened with a new occupations list and filled within 24 hours.

The SINP Experience category is for foreign workers and students with local work experience. The province also has an Entrepreneur and Farm category for individuals who wish to own and actively operate a business or farming operation in Saskatchewan.

A little more than one year ago, Manitoba began issuing Letters of Advice to Apply (similar to what most people would know as an Invitation to Apply) for its two Skilled Worker categories, which have both base and enhanced components: Skilled Worker in Manitoba, and Skilled Worker Overseas. Since then, thousands of people have been invited to make an application to immigrate to Manitoba as a skilled worker, with rounds of invitations typically occurring once per month.

These immigration options are particularly attractive to individuals who are not eligible to enter the federal Express Entry pool; for example, the MPNP awards points for language proficiency equivalent to Canadian Language Benchmark (CLB) 4, a much lower threshold than what is required under the Federal Skilled Worker Class.

The MPNP also has a popular Business Investor stream (MPNP-B), whereby eligible candidates make an Expression of Interest before the province selects which investors may make an application. The personal net worth requirement for this stream is $350,000 CAD, a lower sum than many other investor immigration options.

“Over the years, I have noticed a gradual increase in the number of newcomers to Canada who are heading west. A shift is occurring, and the Provincial Nominee Programs are the driving force behind much of this population growth,” says Attorney David Cohen.

“Over the last 18 months or thereabouts, PNPs based in western Canada have become more dynamic and, frankly, a bit trickier to follow or understand for individuals looking to keep up to date on all their Canadian immigration options. There are more streams than ever, and they open and close more quickly than ever. With this in mind, I would encourage anybody thinking of immigrating to Canada — particularly those with a destination west of Ontario in mind — to assess or re-assess the complete range of immigration options on an ongoing basis.

“Moreover, I would suggest that preparation is key. Individuals and families need to be prepared and in position to submit an application as soon as PNP options become available, otherwise it is likely that they won’t succeed in submitting a complete and accurate application within the timeframe.”

To find out if you are eligible for any of over 60 Canadian immigration programs that lead to permanent residence in Canada, including the PNP options, please fill out a free online assessment today.