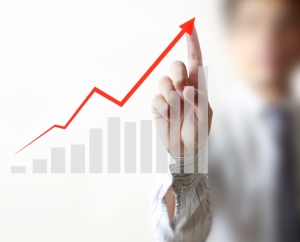 An external advisory group to the government of Canada is set to call for a substantial increase in overall immigration numbers to the country. The Advisory Council on Economic Growth, which advises federal Minister Bill Morneau, will call for a 50 percent increase in immigration to 450,000 people annually over five years. In addition, the advisory group will recommend that skilled workers and entrepreneurs have easier entry to Canada.

The external advisors consider immigration as part of an effort to stimulate the economy over the short and long terms. The 14-member group includes institutional investors, business executives, venture capitalists, and academics. Its recommendations are scheduled to be delivered to the government on Thursday, October 20.

If the government implements the advisory group’s recommendations, it would continue what it has already begun since it took office nearly 12 months ago. Just last month, it was revealed that immigration numbers for the past year were the highest in modern history, with a total of 320,932 new immigrants having landed in the country as permanent residents over the period July 1, 2015 to June 30, 2016. That is one-third higher than the previous year, when 240,844 immigrants came to Canada, representing the fastest growth in nearly three decades.

In addition, federal immigration Minister John McCallum has made it clear that he wishes to “substantially increase” the number of new immigrants to Canada in order to fill labour shortages and react to demographic challenges resulting from aging populations.

The Liberal Party of Canada, which is currently in government, is generally viewed as supportive of immigration, diversity, and multiculturalism. Since taking office, the government has overseen the arrival of large numbers of skilled workers, entrepreneurs, and refugees.

Over the coming few weeks, it is expected that the government will reveal its immigration plan for 2017 and beyond. The government is also expected to make improvements to certain immigration programs and reduce processing times across the board. The latter objective is one that has already begun in earnest, yielding positive results. In the 12-month period from July 1, 2015 to June 30, 2016, processing times for all permanent residence programs together decreased by an enormous 42 percent.

The advisory group notes that many stakeholders in the tech and IT sector are frustrated with the current immigration setup, resulting in hiring delays, or even missing out on key staff altogether.

“The current immigration process is overwhelming – even Kafkaesque,” says Tobi Lutke, CEO of software firm Shopify, Inc., based out of Ottawa. “The people we need to bring to Canada are not building widgets that Canadians otherwise would. The people we are recruiting . . . are the teachers that help us to scale [up]. If we want to build the best companies in the world here, we need to allow the best people in the world to move here.”

As a result of the sentiments shared by Lutke and other business leaders, the advisory group is calling for certain tech and IT occupations to be exempt from the requirement for businesses to obtain a Labour Market Impact Assessment (LMIA) before the hiring of foreign nationals may take place. The LMIA process ensures that Canadian citizens and permanent residents have the opportunity to apply for open positions before foreign nationals may be hired.

“After a year in office and with continued popular support when it comes to immigration, the government now has a tremendous opportunity to grow the country and its economy for the betterment of all. That includes Canadians and newcomers alike,” says Attorney David Cohen.

“The government advisory group’s recommendations should — and I believe will — be taken seriously. Provincial governments are consistently lobbying the government for larger allocations for the Provincial Nominee Programs due to labour demand and demographic realities. Canada has a shrinking workforce as a percentage of its overall population, and this trend cannot continue. Fortunately, we appear to have a government that sees the bigger picture. In particular, the recommendation to remove LMIA requirements for IT positions will help businesses to develop their products and get them to market quicker. This would be of benefit to all.

“The recommendations should also come as a delight to potential immigrants to Canada from around the world. Moving to a new country is a life-changing, serious prospect. It becomes easier when you know that your destination wants you to come. In a world where an increasing number of countries and regions are looking inward, Canada is something of an anomaly in that it is reaching out. In the global scheme of things, Canada represents a positive future.”