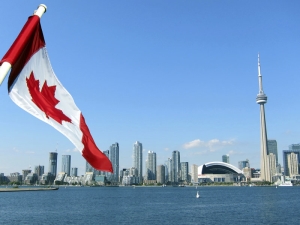 The first Express Entry draw for immigration to Canada of 2017 has taken place, with 2,902 candidates in the pool having been issued an Invitation to Apply (ITA) for Canadian permanent residence on January 4. The number of Comprehensive Ranking System (CRS) points required in order for a candidate to receive an ITA in this draw was 468, the joint-lowest CRS threshold since February of last year.

Invited candidates have 90 days to submit their application, including supporting documents. Once Immigration, Refugees and Citizenship Canada (IRCC) has approved an application — a process that usually takes less than six months — these individuals, as well as accompanying family members, may land in Canada as new permanent residents.

The response to the latest draw, the 51st in total since Express Entry was first launched two years ago, has been positive. Over the latter months of last year, the number of ITAs issued per draw increased, to the point where draw sizes are now around four times what they were during the summer months of 2016.

The beginning of this steady increase in draw sizes came at a time when IRCC was preparing to make significant changes to the CRS. These changes came into force on November 19, 2016, with the aim of placing greater emphasis within the system on human capital, skills and experience. Over recent weeks, many candidates’ profiles have become more competitive, principally due to the fact that qualifying job offers are now awarded far fewer points than was previously the case.

It should also be noted that candidates who obtain an enhanced nomination certificate through a Provincial Nominee Program (PNP) category will continue to be awarded 600 points, even after the recent changes to the CRS. This makes PNPs by far the single most valuable factor under the new system.

Keen observers of the Express Entry system noted after the recent changes came into force that those changes may have the short-term effect of the CRS threshold actually increasing, before eventually coming down.

This prediction, which turned out to be accurate, came from an observation that the requirements on qualifying job offers have been relaxed to include many candidates holding an employer-specific work permit in Canada (such as a NAFTA work permit, or a work permit issued to an intra-company transferee). As a result, more candidates could claim points for a job offer. However, the number of CRS points awarded for a job offer has decreased substantially — in most cases, from 600 points down to 50 points (though some senior managerial level positions are worth 200 points).

Once this increased group of candidates with a qualifying job offer had exited the pool, it was expected that the CRS cut-off score would decrease. Another important factor that bolstered this prediction came from the fact that over recent months IRCC representatives had made numerous statements that the number of ITAs issued per draw would increase. Although 468 is not the lowest ever CRS cut-off threshold, many candidates remaining in the pool have good reason to be hopeful that the requirement will continue to go down.

“Over the last three or four months of 2016, positive developments in Express Entry came one after the other, and quickly. There was the announcement of the of the 2017 Immigration Levels Plan, which targets more newcomers through the system than ever before, then there were the welcome changes to the Comprehensive Ranking System. These changes should allow more candidates to realize their goal of settling in Canada as permanent residents,” says Attorney David Cohen.

“In addition, we are seeing larger draws than ever. Combined with the recent changes, this has had the effect of the point threshold decreasing.”

The new and improved CRS Calculator allows candidates in the Express Entry pool, as well as individuals thinking of creating an Express Entry profile, to find out what their score would be under the new points system.