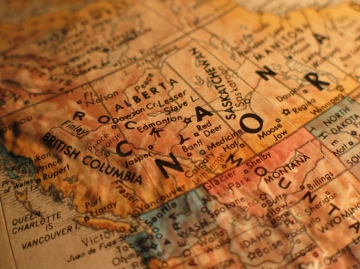 Manitoba, Saskatchewan, British Columbia (BC), and Alberta have all seen significant activity in their Provincial Nominee Programs (PNPs) in recent weeks, as more than 2,500 individuals have either submitted an application for a provincial nomination certificate, or have been invited to do so.

The past month has seen the following PNP events take place.

A detailed outline of recent PNP activity among Western provinces can be found below.

The Skilled Worker Stream of the MPNP has seen renewed activity in the past three weeks, as two Expression of Interest (EOI) draws have occurred in quick succession. On May 30, a total of 401 skilled workers in Manitoba and overseas were invited to apply for provincial nomination. On June 16, a further 204 skilled workers were invited.

Both categories use a points-based system to rank candidates in the MPNP’s unique EOI pool. The province periodically issues LAAs to the top-ranking candidates, who may then apply for provincial nomination. After receiving a nomination, candidates may then apply to the federal government for permanent resident status. These are ‘base’ PNP streams, not aligned with the federal Express Entry system.

Within the last month, two sub-categories of the Saskatchewan Immigrant Nominee Program (SINP) have opened to receive applications.

On May 24, the International Skilled Worker — Express Entry sub-category reached its intake limit of 600 applications. That intake period, which opened on May 16, represented the first time the sub-category had opened in three months. A job offer is not required in order to be eligible to apply to this sub-category.

Moreover, the Occupations In-Demand sub-category is a ‘base’ category. Consequently, a potential applicant who may not be eligible for one of the three federal programs managed through Express Entry may still be able to apply for permanent resident status through the Occupations In-Demand sub-category. As is often the case with this popular sub-category, the intake cap filled quickly — within hours — demonstrating again that individuals who had prepared in advance were in the best position to take advantage of the opening.

In the past month, 711 workers and graduates have been invited to apply to BC over the course of two draws, on May 25 and June 8. The British Columbia Provincial Nominee Program (BCPNP) conducts draws to invite eligible individuals to apply for provincial nomination. Individuals interested in immigrating to BC may register a profile in the Skills Immigration Registration System (SIRS), and enter a pool of candidates, at which point they receive a score based on various factors including work experience, education, age, and language ability. BC periodically issues Invitations to Apply (ITAs) to the top-ranking candidates in each sub-category to apply for provincial nomination.

There are five sub-categories managed through the SIRS:

It is important to note that the ITA with respect to the BC PNP is different to the ITA issued at the federal level in an Express Entry draw.

Overview of recent BC PNP draws

The Alberta Immigrant Nominee Program (AINP) has an annual intake limit of 5,500 applications for 2017, and more than 2,850 nomination certificates have been issued as of June 19. Individuals who have received a nomination certificate may apply to the Canadian government for permanent resident status.

The AINP consists of three main streams. The Strategic Recruitment Stream provides a route to permanent resident status for qualifying tradespersons, engineers, and post-graduate workers. Alberta employers can nominate workers through the Employer-Driven Stream, which comprises three categories for skilled workers, international graduates, and semi-skilled workers. The Self-Employed Farmer Stream is a way for individuals to purchase and develop a farm in Alberta.

British Columbia invited 374 PNP candidates in new draws B.C. has now issued 7041 invitations to apply for a provincial nomination since the start of the year.

How to settle in Canada if you are an approved immigrant What you need to know as you make Canada your home.

Manitoba releases details of new PNP draw Manitoba invited another 375 candidates to take the next step toward permanent residence.