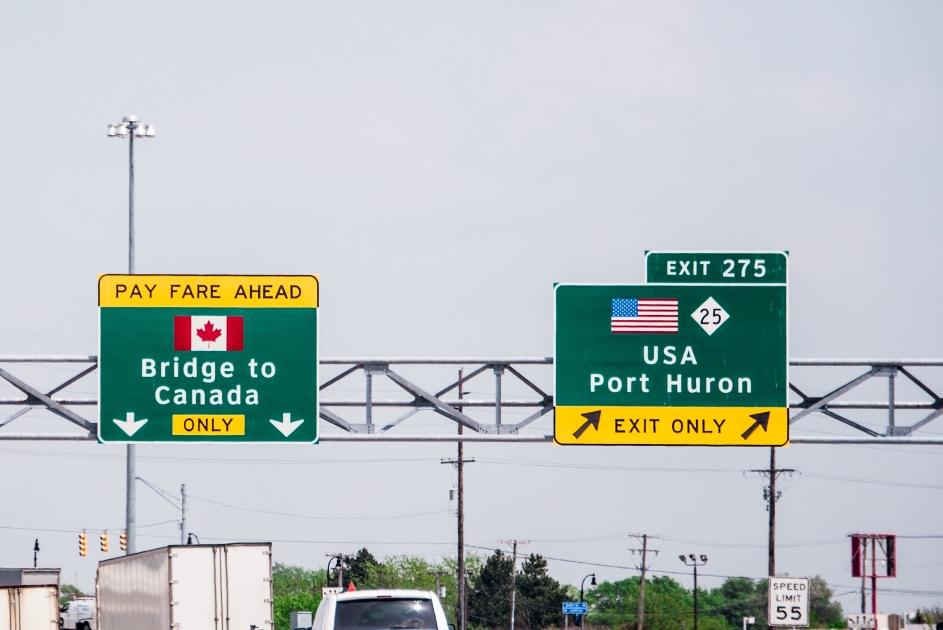 Reports that U.S. President Donald Trump is considering tougher rules around H-1B visa extensions has coincided with a sharp increase in online searches using terms like “H1B Canada” since the news emerged in recent days, CIC News has observed.

The New York Times and others previously have reported that Canada could be the beneficiary of tougher H-1B rules, which primarily would affect highly skilled foreign workers in specialized disciplines like science, medicine and healthcare, education, biotechnology.

Lending weight to this theory was a surge in Google searches originating in the U.S. using terms such as “H1B Canada” and “H1B Canadian” starting January 2. That was around the time McClatchy D.C. first reported that President Trump was considering acting on changes proposed by the Department of Homeland Security, which would cap extensions for H-1 B Holders. Such a move could force foreign workers waiting for a green card out of the U.S. before a decision is reached.

Indian news media estimate the proposed rules could effectively force between 500,000 and 750,000 H-1B applicants from India alone to leave the United States if President Trump approves the new rules.

The president has previously taken action against H-1B visa extensions, issuing an executive order last April that called for a review of the H-1B program and froze an expedited option for employers looking to fast-track a potential employee’s application.

President Trump, who ran for office on a promise to defend and create jobs for American workers, has repeatedly criticized H-1B for protecting foreign labour at the expense of Americans.

However, he is also on the record speaking in favour of H-1B, saying at one point during the Republican presidential nomination race that keeping foreign brain power in the U.S. was essential.

A boon for Canada?

The skilled foreign labour that would be affected by H-1B changes is highly prized by Canada’s federal and provincial governments, which have tailored their immigration policies and programs in recent years to facilitate the entry of such workers into Canada.

A key change toward this end was the introduction of Canada’s Global Skills Strategy and its Global Talent Stream component, which cut processing times for temporary work permit applications for certain skilled workers to two weeks.

These policies and others have combined with the Liberal government’s rhetoric around inclusivity and diversity to help leverage Canada as a kind of counterpoint to the immigration policies of President Trump.

Indian nationals have enjoyed the most success through Canada’s immigration system, topping the list of nationals invited to apply through both the Express Entry system and the provincial nominee program run by Ontario, Canada’s most populous province and the country’s most popular destination for immigrants.

H-1B applicants looking to Canada have numerous options for gaining Canadian permanent residence status, which is renewable after five years and allows holders to live and work anywhere in the country.

Through this system, eligible candidates are ranked according to scores awarded for their so-called human capital factors, namely age, education, language proficiency and work experience. A job offer is not necessary to be a candidate in the Express Entry pool.

H-1B applicants in the U.S. who have advanced proficiency in English, advanced education and skilled work experience would have a distinct advantage through Express Entry.

For example, a single, 29-year-old H-1B visa holder with advanced English, a bachelor’s degree and three years work experience would be eligible to enter the Express Entry pool through the Federal Skilled Worker Class. Based on the results of Express Entry draws in 2017, their Express Entry Comprehensive Ranking System (CRS) score of 441 would have seen them receive an invitation to apply for Canadian permanent residence through Express Entry in 60 per cent of the 30 draws conducted last year.

Canada has set higher invitation targets in the three Express Entry classes for 2018, which could mean larger draws from the pool of candidates. If that’s the case, it’s likely that CRS cut-off scores will continue to drop over the course of the year.

Canada’s provinces and territories are allotted an immigration quota each year through Provincial Nominee Programs, which allow them to nominate foreign workers for Canadian permanent residence based on local labour needs.

Many provinces also have enhanced PNP streams that are aligned with the Express Entry system and Express Entry candidates with a provincial nomination are awarded an additional 600 points toward their CRS score.

To submit an inquiry about getting a work permit, please complete the form on this page.