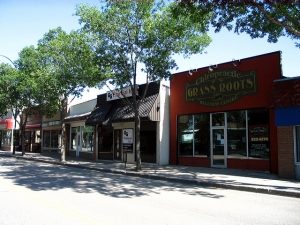 The latest Canadian government statistics reveal that more active immigration strategies at a local level may be necessary in order to attract more immigrants to rural areas. Several small cities and towns in central Canada have already created local immigration strategies to attract newcomers. Now, other municipalities across the country are taking note of the positive results.

In 2015, more than three-quarters of new permanent residents to Canada landed in just seven cities: Toronto, Montreal, Vancouver, Calgary, Edmonton, Ottawa, and Winnipeg. The government of Canada is looking to change that, however. Fortunately, the provinces are also on board.

Canada’s Minister of Immigration, John McCallum, has stated that — in addition to the record numbers of new immigrants who have landed over the past year — the government hopes to welcome even more newcomers to Canada. But the government hopes to lure these immigrants to other locations, with Minister McCallum citing labour market shortages and aging populations as reasons to populate certain regions.

“We would like to spread the immigrants across the country relatively evenly. The last thing we want is that every immigrant either goes to Toronto or Vancouver,” said McCallum at a recent roundtable discussion. “There’s a significant feeling that Canada does need more immigrants, partly because we have an aging population, and so we need more young blood to keep our economies going.”

The situation is urgent in Atlantic Canada, where population growth from 2011 to 2014 was close to zero in all provinces except Prince Edward Island. Over the past couple of years, Nova Scotia has reacted by developing a dynamic and growing Provincial Nominee Program (the Nova Scotia Nominee Program). Earlier this year, Canada’s Atlantic provinces announced a new pilot program to facilitate the entry of more immigrants through the PNPs. The plan is part of a new Atlantic Growth Strategy.

Of the larger provinces, in 2015 new immigrants generally settled in urban areas: Governments (federal and provincial) believe that these settlement patterns drive up property prices, create demographic challenges, and are not as responsive to labour market needs as could be the case.

A small city in southern Manitoba, Morden, with a population of just over 9,000, is bucking the national trend in its effort to attract and retain new immigrants. The Morden Community Driven Immigration Initiative (MCDII) has so far been a great success, with immigrants arriving to this Pembina Valley community for two main reasons: quality of life and jobs.

In 2011, Morden’s population was just 7,800. Since then, the population of the area, including the neighbouring city of Winkler, has increased by 3,000, thanks in part to immigration initiatives like the MCDII.

Operating at a local level, the criteria for selecting newcomers are rather different from those used by the federal government. The MCDII favours community connections, and candidates who may not be eligible to apply for the Federal Skilled Worker Class (FSWC), or other federal programs, may be eligible to apply within the scope of the MCDII, which identifies potential candidates under the Manitoba Provincial Nominee Program (MPNP).

“Morden is the canary in the coalmine. Other municipalities across the country are looking at how its immigration drive brings positive results, both for the labour market and the community, and seeing whether similar strategies would work for their own towns and cities. Ultimately, these sorts of initiatives are what is needed, both for the existing communities and new immigrants alike,” says Attorney David Cohen.

“At a provincial level, Nova Scotia is certainly leading the way. It has recognized the challenge of changing demographics and a shifting labour market and has reacted with gusto. It has successfully lobbied for a larger PNP allocation and is now trying to reach out to towns and cities outside Halifax to bring them into the decision-making process.”

To learn more about your Canadian immigration options, please fill out a free online assessment today.