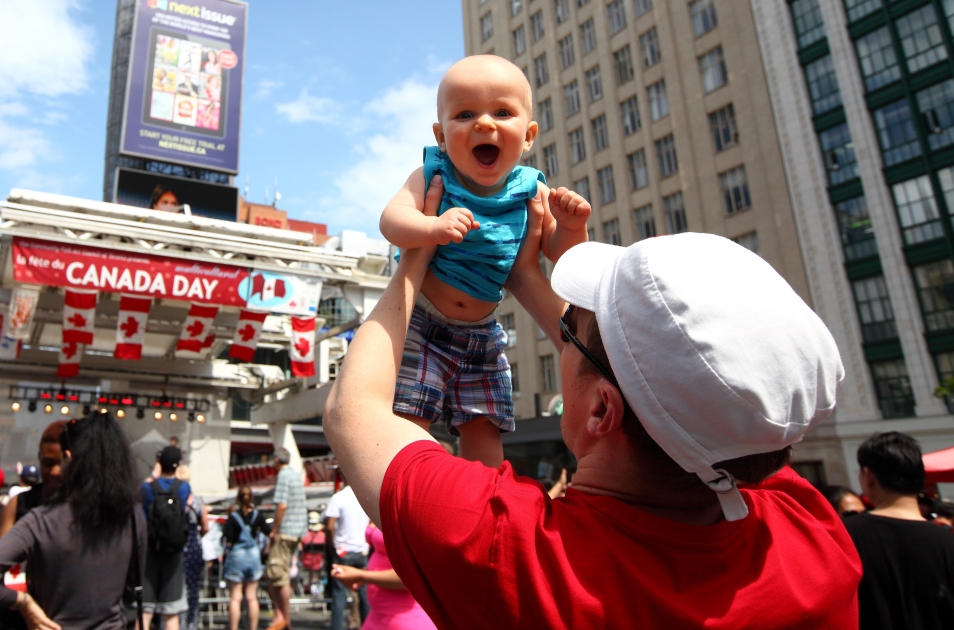 Canada’s population broke the 37 million mark in the first four months of 2018, growing by a million people in record time thanks largely to immigration, Statistics Canada reports.

It only took two years and two months for Canada’s population to grow from 36 million to 37 million, which Statistics Canada says is the quickest increase of this size ever observed. The agency said immigration was the main source of Canada’s population growth.

The first four months of 2018 saw Canada set a new international migratory increase record for that time period, with an increase of 88,120. This is calculated by adding immigrants, returning emigrants and net non-permanent residents, then subtracting emigrants and net temporary emigration.

In terms of immigration, Canada welcomed 79,951 newcomers during the first four months of 2018, compared to 72,795 the previous year.

The number of non-permanent residents was 22,283, more than double the number in the first quarter of 2017. Statistics Canada attributed the growth to an increase in work permit holders and refugee claimants in Canada.

Canada recorded a natural population increase (births minus deaths) of 15,037 people in the first four months of 2018. Statistics Canada said this was a historic low according to the preliminary data, “primarily because Canada has never recorded so many deaths in a single quarter.”

Every Canadian province and territory other than Newfoundland and Labrador posted a population increase in the first four months of 2018.

A recent report by the Conference Board of Canada says Canada’s immigration rate will need to increase to one per cent of the population by 2030 in order to replicate  its population growth rate of recent decades and ensure modest labour force and economic growth.

Last November, Canada’s federal government announced a new multi-year immigration levels plan that will see admissions ramp up to 340,000 across all immigration programs by 2020 — an immigration rate of 0.9 per cent.

How to Bank in Canada as an International Student Are you moving to Canada to study? Join CanadaVisa and Scotiabank on Wednesday August 3 for a free webinar on Canadian banking basics!

Getting married this summer? How to sponsor your spouse for Canadian immigration A guide to Canada's spousal sponsorship process.