Express Entry: Second-lowest CRS for a PNP draw during the pandemic Canada has now held five Express Entry draws in a row targeting candidates from the PNP class.

All of the invited candidates had previously received nominations through a Provincial Nominee Program (PNP). Since provincial nominees automatically get a 600-point award, the score cut off was 685. Without the nomination, the lowest-scoring candidate would have had just 85 points.

Lately, Immigration, Refugees and Citizenship Canada (IRCC) has only been drawing PNP candidates from the Express Entry pool. In the previous draw, IRCC invited 888 candidates with scores of at least 744.

Today’s draw had the second-lowest cut-off score in this category since IRCC started holding PNP-only draws in March 2020. The lowest score requirement for a PNP draw happened in March 2021.

Why only PNP draws?

Since the start of the pandemic, IRCC has been focusing on admitting immigrants who are already in the country. When the Canadian government closed the border, it also closed the door to people who were approved for permanent residence from outside Canada.

The restrictions that forbid approved permanent residents from making their landings persisted between March 2020 and June 2021. During this time, IRCC most often held Express Entry draws that invited PNP and Canadian Experience Class (CEC) candidates. For a period in 2020, they held all-program draws, which included Foreign Skilled Worker Program (FSWP) candidates as well as Foreign Skilled Trades Program (FSTP) candidates (although FSTP candidates got their own draw in August 2020, since their scores tend to be lower than other programs).

From January 2021 on, IRCC only held Express Entry draws for PNP and CEC candidates. While CEC candidates are most likely to already be in Canada, PNP candidates have demonstrated to a Canadian province or territory that their immigration would bring an economic benefit to the region. 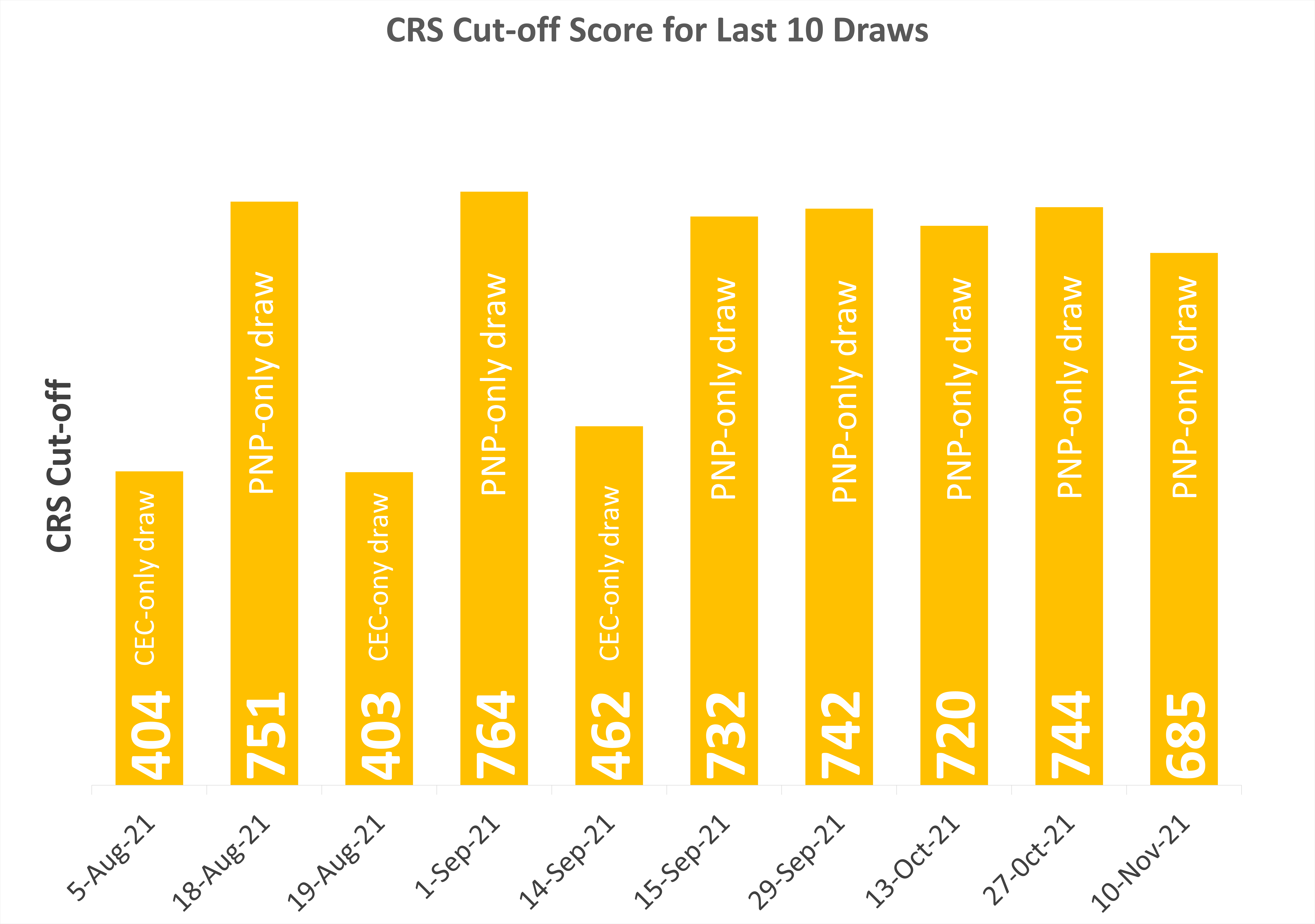 For the past five Express Entry draws, IRCC has only invited PNP candidates to apply for permanent residence. If IRCC did not invite these candidates, it would make it impossible for the provinces and territories to meet their immigration goals, which oftentimes complement economic and population growth strategies.

In the summer months, IRCC ramped up CEC draws, inviting record-breaking numbers of 6,000 at a time to meet the immigration department’s revised plan to admit 141,000 CEC candidates in 2021. Invitations issued after July would most likely not be processed before the year’s end, according to an internal memo obtained by CIC News through an access to information request.

This figure is far more ambitious than the immigration levels plan, which says IRCC is aiming to admit at least 108,500 immigrants through the Express Entry system in 2021. Although not everyone who receives an invitation will get permanent residency, IRCC has already invited more than it needs to meet this goal for the year. Plus, those who are invited in this draw, and the draws for the rest of the year, will likely see their applications processed in the new year.

At this point, Immigration Canada is aiming to admit 110,500 Express Entry candidates in 2022. Although, that might change when the new immigration targets are announced.

From there, an IRCC officer reviews their application and makes a decision. They will ask for biometrics and may set up an interview or request more documents.

Khaled and Mona married and are 34 and 31 respectively. They each hold a bachelor’s degree, and each wrote the IELTS and scored an 8 in listening and a 7 in reading, speaking and writing. Mona has been working as a software engineer for the past three years while Khaled has been working in human resources for four years. They entered the Express Entry pool with Mona as the principal applicant and a CRS score of 421. Mona later received a provincial nomination from the Province of Ontario. Monta’s CRS score increased to 1,021 and she received an Invitation to Apply for permanent residence in the new Express Entry draw.