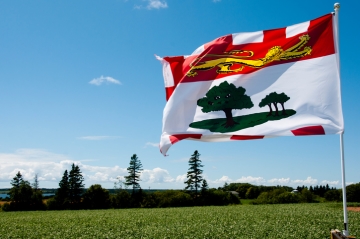 The province of Prince Edward Island (PEI) has reopened the Express Entry stream of the PEI Provincial Nominee Program (PEI PNP), offering a unique Canadian immigration option to candidates in the federal Express Entry pool. The government of PEI had not been accepting new Expressions of Interest (EOIs) to this stream since late 2016. However, the PEI PNP is now once again accepting EOIs.

PEI’s Express Entry stream is enhanced, meaning that candidates who obtain a nomination certificate will be awarded 600 additional Comprehensive Ranking System (CRS) points and an Invitation to Apply (ITA) for permanent residence at a subsequent draw from the federal Express Entry pool.

How does it work?

First, it does not operate on a points-based system. Almost any candidate who has successfully created an Express Entry profile is also eligible to make an EOI to the PEI PNP Express Entry stream. (The only exception to this rule is in the case of international graduates working in PEI on a Post-Graduate Work Permit. These candidates must have at least four months of full-time experience working for their PEI employer, and have at least four months remaining before the expiration of the work permit when applying.)

Another advantage is that there is no government application fee to submit an EOI. Moreover, the submission process is relatively simple, consisting of a one-page form that asks for a few personal details followed by an open field asking ‘Why would you like to immigrate to Prince Edward Island?’

To be eligible for nomination through PEI PNP Express Entry, candidates must:

The submission of an EOI is not considered an application to the program. For that, the candidate must first be selected to apply.

Even though there is no points system, the process of deciding which candidates are selected to apply is not arbitrary. It is what might be described as semi-transparent. Though any candidate who submits an EOI to the PEI PNP may be selected to apply, there are certain things that candidates can do to enhance their chances of selection. These factors include working or studying in PEI, having family connections in the province, obtaining a job offer, having a business interest or residential property in the province, or having experience in an area that has a skill shortage in the province.

PEI was one of the first provinces out of the blocks after Express Entry was first launched in January, 2015. Indeed, by February of that year PEI had provided details of its Express Entry stream and began to accept EOIs from candidates in the pool.

By the end of 2015, a total of 3,960 candidates had received an ITA from one of the participating Canadian provinces. Of these, 163 had been nominated by PEI. Although this represented just over 4 percent of all the total for that year, PEI in fact had the highest per capita rate of nominating Express Entry candidates, as the province’s population makes up only around 0.4 percent of the national population. It showed that the province was among the most engaged in the Express Entry system.

What this showed is that Express Entry is a system that rewards proactive candidates. Successful candidates did not necessarily leave the pool with the same score they entered with; indeed, the results proved that most candidates who received an ITA had improved their score after entering the pool.

“Taking into account the huge increase in the number of ITAs issued per draw over recent months — as well as the fact that obtaining a provincial nomination is now the only way to secure 600 additional CRS points since changes to Express Entry were introduced last November — the fact that the PEI option is now available again is a bonus to all candidates in the pool,” says Attorney David Cohen.

“The first step to being successful under this stream is to find out if you are eligible to enter the federal Express Entry pool, as Expressions of Interest are only accepted from candidates in the pool.”

Connected to “the mainland” by the stunning Confederation Bridge, PEI is Canada’s smallest and least populated province. It is located in Atlantic Canada.

Agriculture, tourism and fishing are the main industries. Tourism, in particular, is on the rise as the Island’s charm, landscapes, and golf courses entice greater numbers of visitors each year. The manufacturing sector is comprised mainly of food processing. High-technology is also becoming important, especially in the medical, electronics and agricultural fields.

To find out if you are eligible to immigrate to Canada permanently, including through the programs managed under Express Entry, fill out a free online assessment form.